Λαογραφικό Μουσείο Μυκόνου | Kastro
The Kastro house is the main building housing the museum’s collection. Kastro is the name of the northernmost area of the old part of Chora, which has been inhabited since prehistoric times, to this day.
16726
page-template,page-template-full_width,page-template-full_width-php,page,page-id-16726,ajax_fade,page_not_loaded,,qode-title-hidden,hide_top_bar_on_mobile_header,qode-child-theme-ver-1.0.0,qode-theme-ver-14.1,qode-theme-bridge,disabled_footer_top,wpb-js-composer js-comp-ver-5.4.7,vc_responsive 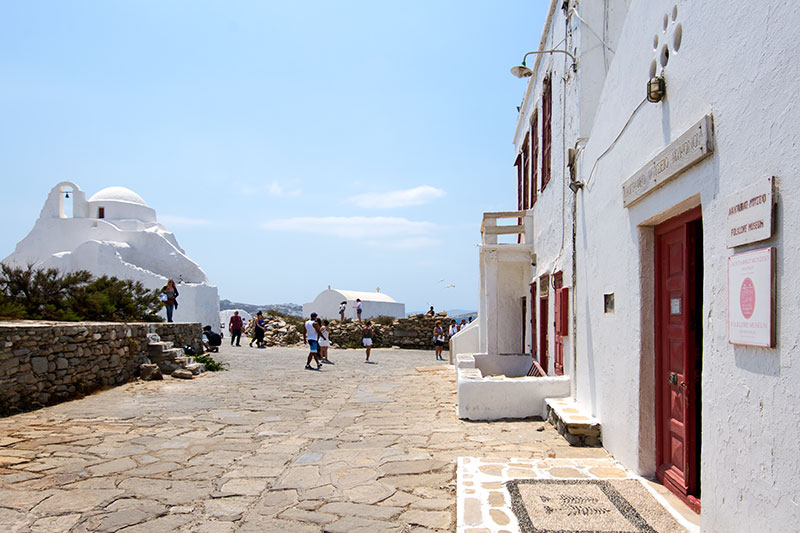 The Kastro house is the main building housing the museum’s collection.
Kastro is the name of the northernmost area of the old part of Chora, which has been inhabited since prehistoric times, to this day.
The building was the house of captain Nicholas Malouhos, the grandfather of the collection’s founder. This typical captain-house is considered a characteristic example of the abode of the wealthier Mykonians of the past, who delved in sea commerce.
The museum consists of seven rooms.

The second room displays handcrafts of the second half of the 19th century, paintings by Mykonian artists, portraits of renowned locals, engravings of various themes and lithographs.
Furthermore, various pieces of furniture and other household items as well as popular musical instruments, school supplies and school manuals used in the early 20th century can be found here.
A replica of an armchair owned by war hero-captain Nicholas Sourmelis is of special interest. 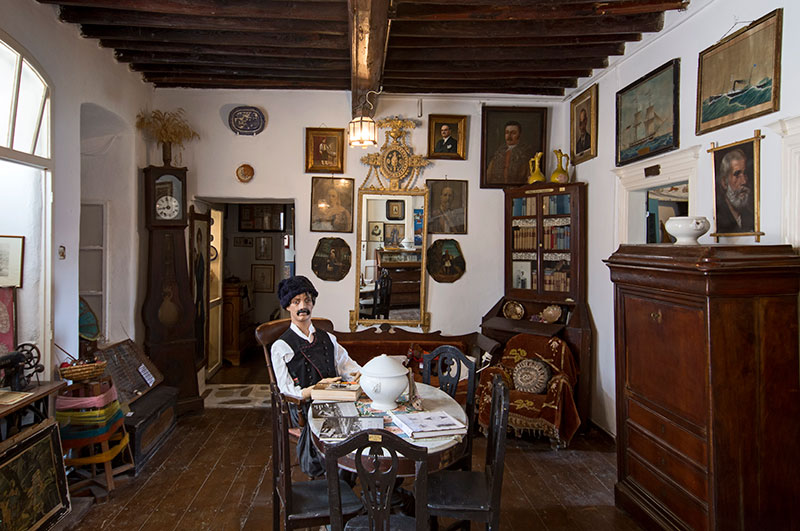 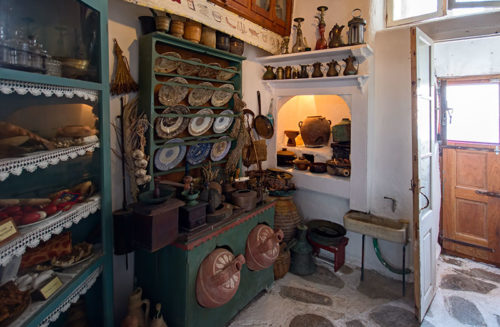 III : Typical bedroom of the 19th century, with metal bed and walnut wood dresser.
IV : Mykonian kitchen, fully equipped with all utensils and replicas of traditional Mykonian food for Christmas, Easter and the pig-killing feast.
V : The museum’s library, hosting books from he 16th century to recent times.
VI : In the sixth, small room leading to the basement, all the tools Mykonian women were using for their toilette as well as engravings of dresses can be found.

MYKONOS AND THE SEA

The seventh room is dedicated to Mykonos and the sea. It is filled with old maps, models of boats, ships and dinghies, along with numerous nautical tools. Many rare photographs as well as memorabilia of notable ships are amongst the hosted collections. Here one can also see the water well of mythical pirate Mermelehas.
A part of the room is dedicated to Nikolaos Sourmelis, a captain of the navy. Visitors can find a scaled replica of the steamboat “Enosis” of Sourmelis, through which he offered his services during the liberation of Crete, the years 1867-68. A life-sized replica of part of a typical warship from the same era, equipped with canons and other original machinery and tools can also be found here.
Finally, a model of the “bellou”, a typical Mykonian trading boat with a unique sail design, concludes this journey through the nautical past of the island. 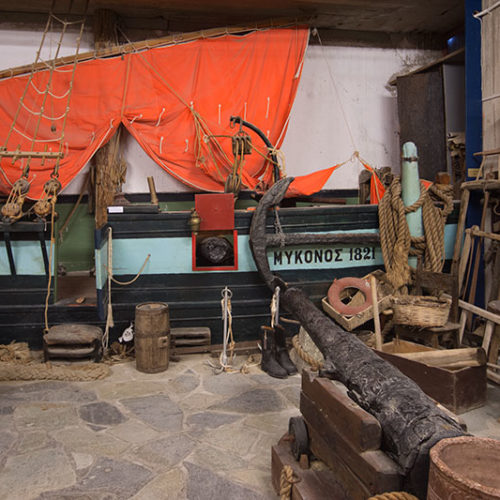